New York Times writer Robert Anderson offers this description:
Kittery Point begins at the Spruce Creek bridge and extends to Brave Boat Harbor, a distance of five miles. Spruce Creek, actually a small bay, traces a small peninsula out of the stretch from the bridge to Pepperrell Cove by dint of the backwater tributary of Barter's Creek. No more than about a mile, the reach is a succession of the scenic, the noteworthy and the unexpected. The unaware motorist, negotiating the hard-right, pause, hard-left driving test State Route 103 poses near the bridge, may well see a regal Georgian house in the rear view. It is the Lady Pepperrell House, built in 1760 for Sir
William's widow, and contrasting nicely with the adjacent austerity of the First Congregational Church, a 1730 clapboard with a truncated bell tower. The church looks seaward, across Route 103 to the Old Burying Ground, where the tombstones are a roll call of the family names that settled Kittery Point: Gerrish, Cutts, Frisbee, Blake, Seward, Thaxter.

Up the road a hundred yards or so, the William Dean Howells estate fronts on Route 103. The two-story Victorian, where he entertained Henry James, Mark Twain, Sarah Orne Jewett and other literary figures, was the summer home of Howells from 1902 to 1911. The house, now owned by Harvard University and used as a faculty retreat, commands a spectacular view of the harbor and the Atlantic beyond. From his library Howells could "look up from my paper and see two lighthouses, one on each side of a foamy reef; three sails are sliding across the smooth waters within the reef, and far beyond it lie the Isles of Shoals in full sight."

Could you ask more?
The answer to the question has to come at nearby Fort McClary, since the house is closed to visitors. Save for the hexagonal blockhouse, the fort is distinguished for its incomparable view of Portsmouth Harbor. Dating to 1690, McClary was fortified as
recently as the Civil War. Now a state historical monument, the fort is martial on the harbor side (stone block battlements), and pacific on the Barter's Creek side (a picnic ground stands just across Route 103). Howells' long village of Kittery Point, which
rises and sinks beside the shore like a landscape with its sea-legs on, comes next. The village, overlooking Pepperrell Cove and a congested anchorage in summer, is not much different from what it was in Howells' day: a post office that is still the center of village life, Frisbee's Store (dating to 1828), a few dozen houses, a town pier, and, side by side, two historic dwellings that some consider the birthplace of the American national consciousness: the Bray House (1662), where Sir William Pepperrell was born, and the Pepperrell House (1683), where he presided over his baronial domain.

Howells credits Sir William (1696-1759) with instilling in the Colonists the notion they were "Americans and need be Englishmen no longer" as a result of leading the successful New England expedition against the French at Cape Breton, half a century before the Revolution. 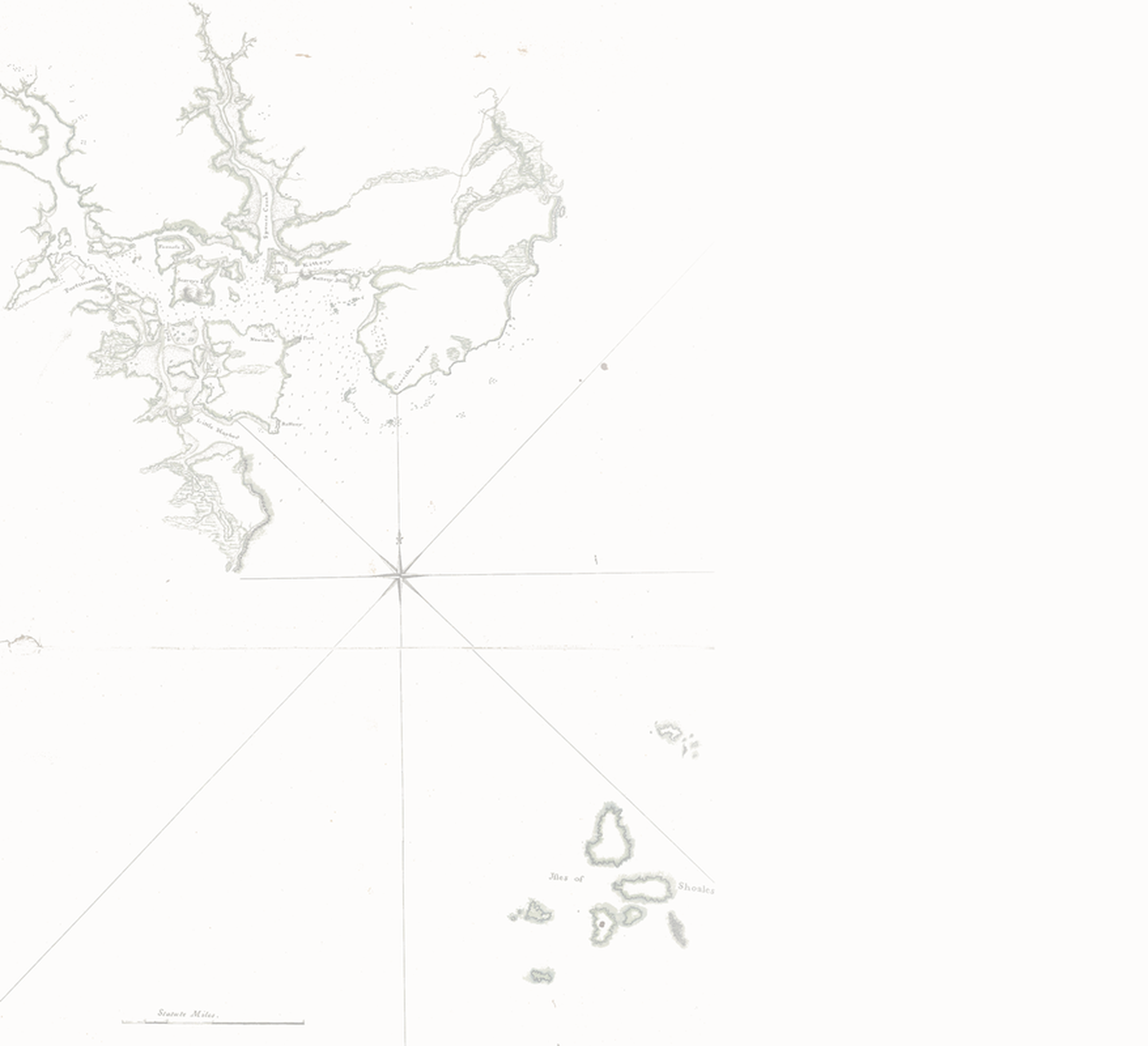